This was originally written in April 2014. I figured I would put in on my blog.

So you want to start watching Science Fiction, I know it could be daunting but science fiction is actually more mainstream than people think. I think the science part is what gets people and the fantasy aspect doesn’t help. But do not fear because the following movies and TV shows are considered Sci-Fi/Fantasy: Ghostbusters, Terminator, The Avengers, The Hunger Games, Divergent, The Vampire Diaries, E.T. and even Atlas Struggled. So you see, Science Fiction is accessible to everyone. I read once, that Science Fiction uses the future to talk about Today’s issues. So if you go into every science fiction endeavor with that attitude, you will enjoy the material.

Below I have 5 Netflix picks to get you a quick crash course:

Metropolis (1927) [under Metropolis Restored on Netflix]: This is a German silent film that explores class differences in 2026. The workers toil all day underground while the rich actually get to enjoy the city. There is romance, political intrigue, and a daring escape from danger. This is the best science fiction film I have ever seen in my entire life and still holds up almost 90 years later.

Gattaca (1997): This is one of my favorite films of all time. It has a genetic theme of perfect specimens inherit the earth while children conceived naturally languish. It’s an obvious metaphor for racism and while there are little to no people of color, I still enjoyed the lengths that Ethan Hawke’s main character went to achieve his dream, even at the cost of love. The film is also very stunning, the opening sequence alone with keep you in this film.

The Fifth Element (1997): This film is a typical reluctant hero story, just set in 2236. This French made film is wacky, action-packed, and fun to watch. Luc Besson obviously has a fun time with this story of army veteran Korben Dallas (Bruce Willis) who helps save the world from the Great Evil) along with LeeLoo (Milla Jovovich). There are aliens, radio contests and while futuristic, the film has nods to the present that are comforting. The future in this film is also not the highly sanitized IKEA one which is rare.

Futurama (1999- 2013): If you want to see every science fiction trope shoved into one show, Futurama is your show. It’s a great show that has robots, lobster aliens, and space travel but is sweet, charming, and easy to get into. It just wrapped up and while it was sad to see it go, it was time to say goodbye. 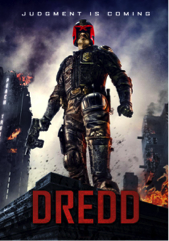 Dredd (2012): Another gritty futuristic film that deals with rampant crime and the majority of it is set in one location. This film didn’t really get a lot of attention and it should have. Karl Urban does amazing acting as Dredd with just his chin and the story is in the spirit of the lone lawman found in westerns. It also shows Lena Headley in a delicious role as the film’s villain.

This is just a short list and I could easily give you more things to watch and plenty of things to read, but for now, enjoy this list of fabulouss science fiction and suggest some of your own if you have some must-sees.